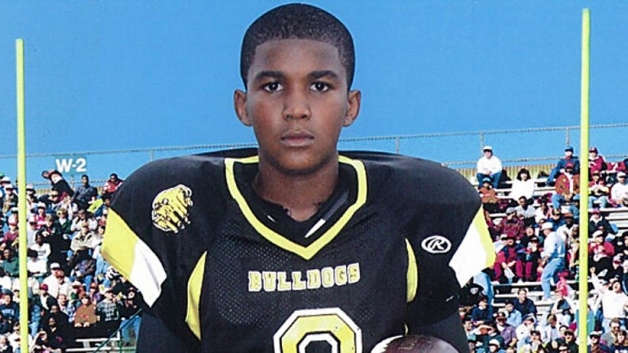 "Racism is man's gravest threat to man - the maximum of hatred for a minimum of reason.” –Abraham J. Heschel

There’s no easy way to start this post. In fact, I wanted to start in the same “our hero” tone I wrote the Carlos Ochoa post in. But calling George Zimmerman a hero, even ironically, would disgust me to no end. And there is a difference, I knew Carlos Ochoa before he was a killer. I only heard of George Zimmerman only after he became a media sensation, a murderer, a misguided hero. A racist.

The Gist of the Story

We can sit here and check mark all the mistakes that Trayvon Martin made. None of them will be more damning than the truth. Trayvon Martin’s only mistake is that he never made one.

George Zimmerman went out that night with a gun. A semiautomatic gun. For what? To protect his neighborhood like some vigilante? Just what was Zimmerman thinking? Perhaps, he was thinking he could scare some people off. Some troublemakers. Someone who looked suspicious. Or maybe he left the house thinking, “I’m going to kill me a nigger tonight.”

As fate would have it, Zimmerman saw Trayvon. He called 911. He reported the “suspect.” He was instructed not to follow. He continued pursuit. The end resulted with Trayvon – seventeen fucking years old – dead. Zimmerman skipped being arrested. He reported it was done in self-defense.

If George Zimmerman were black, this wouldn’t have been a question of race. The problem is, if George Zimmerman were black – even if he used the “self-defense” argument – he’d be in prison awaiting his trail. Had Trayvon Martin been a upper-middle class white kid from the neighborhood, I can’t say the Zimmerman wouldn’t have faced a judge. But Zimmerman isn’t black and Trayvon isn’t a white kid. And it’s things like this that brings racism rearing it’s ugly little head into our society.

Now Florida has a “stand your ground” law – whatever that means. That translates to – I think – you have the right to protect yourself with any amount of force if you are threatened. That is, if you’re a white guy, you have the right to track – hunt? – a black kid down. And should the black kid attempt to protect himself by coming at you, you have every right to shoot that black kid dead. CONGRATULATIONS, Floridian Racists! You can legally kill an African-American and suffer no backlash – except from the whole country, minus your racist buddies.

Frank Taaffe might be the second coming. He wasn’t there. He hasn’t seen Zimmerman’s battle scars. For all we know, he was in Timbuktu hunting. However, he will attest that his friend was only protecting himself. He had a bloody nose. He had injuries that corroborate with the self-defense story. However, he ignores that Zimmerman continued after Trayvon after he was instructed not to. He considers the neighborhood watch – which has no connection to the real Neighbor Watch – that Zimmerman was a part of as an acting police force. He believes that his friend is innocent, so he is above the law.

What would Frank Taaffe think if the roles were reversed? What if George Zimmerman were the suspect and Trayvon the watch dog? What if 911 had told Trayvon to stop following Zimmerman? What if Trayvon ignored the order and continued after Zimmerman. What if, feeling pursued, Zimmerman confronted Trayvon and it ended with his death? Would he state on Nancy Grace that the wounds Trayvon sustained corroborated with self defense? Or would he, instead, shout, “Fry that fucking coon!”?

I think Samuel L. Jackson said it best in his video entitled, “Blame.” But how many more people have to suffer – have to die – due to our country’s double-standard. You can take it from here, Samuel.