And I want to wake up in your white, white sun 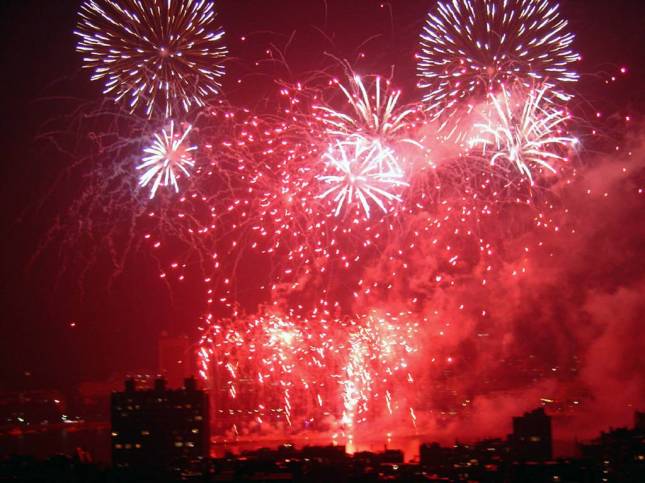 Dear god, the sky is as blue as a gunshot wound

The fireworks explode in the sky, sending their flares to smolder out another year. People drink their drinks and embrace their wicked passions should old acquaintance be forgot. On TV, the ratings skyrocketed as the militia moved into the country. People forget who they are sometimes.

The hopeless have their gods and fictions to order their lives. “Here’s to the new year,” they raise their glasses and drink in the spirit of the age. “Let it be better than the last.” Yet, every year they curl up in fetal position and bitch about how the year was horrible. “But this coming year looks promising.”

In the country of misleading constitutional propaganda, apes were ushered into the capital to make the rules for the less fortunate. Streets were condemned as undriveable. Our schools were shut down. The money stopped funneling. “We thought we were fixing the world, but instead we’ve enslaved ourselves to mix media stupidity.”

“Nothing’s gonna change the world,” the old beggar states on his soapbox. “Not a seventy-seven-year-old with backward views. Not a half-African-American with hope in his pockets.” The sniper cross hairs line him up. He’s taken down. No one watched. No one saw. He was forgotten.

We drink wine. We drink the blood of christ. We nurture ourselves into thinking we’re something important. Something significant. We play our games, created our mythologies and condemn those who do not follow or believe in what we do. We are too stupid to realize we are enslaved to our own stupidity.

“Come to bed,” Angel says. “What’s the point of wondering?”

Somewhere, in the depths, a plane crashed into the ocean, killing the savior and the antichrist in one blink. As the plane plummeted, the messiah turned to the demon and said, “You’re the only one I could love in this dying world.”