I heard poetry was a dying art. Actually, what I heard was some saying he heard it was a dying art. This was before he started reading his own work. Poetry, a dying art that he only could muster the strength to save. Let’s ignore the room full of poets set to read their verses.

I haven’t touched a book of poetry since college. Various literary magazines have skidded through my life and slid out just as quickly. Poetry, the foundation of my writing interest, no longer interested me. If poetry is a dying art, it’s because of assholes like me.

Until Saturday, 27 July 2013, when I found myself with a stack of magazines in hand — current issues of Vanity Fair, Texas Monthly, the controversial issue of Rolling Stone, Scientific American, and GQ — standing in front of Barnes and Noble’s pathetic excuse for a poetry section. If poetry is a dying art, it’s because of corporate assholes like those who run Barnes and Nobles.

Two titles stood out as I stood there with my stack of bathroom and employee lounge fodder: Fancy Beasts by Alex Lemon and Life on Mars by Tracy K. Smith. I set the magazines down on the shelf and sat cross-legged on the floor, something that got my friends and me in trouble ten years earlier, and I read from each. Maybe it was Alex Lemon’s ability to crack a smile on my face with verses on society. Maybe it’s Tracy K. Smith’s references to David Bowie and my favorite science fiction novel. Maybe it was their cover art. Whatever the case, I was enjoying poetry for the first time since sitting in one of my English courses. I spent next to fifty dollars in the two books and magazines alone. Thank you membership discount! 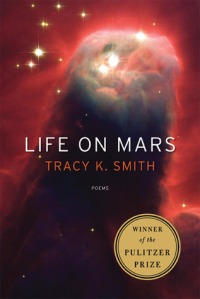 A mixture of poetry and science with a splash of belief, love, and social criticism, Tracy K. Smith’s collection of poetry guides the reader into the deepest sense of emotion. In a way I can only describe as a religious experience — as religious as a man without one can get, anyway — the book hits every nerve I’ve kept hidden for a year. The intro poem, “The Weather in Space,” asks the human question—Is God being or pure force? Asking the unanswerable, the impossible.

What happens when we shrug this mortal coil? asks the poet in “The Speed of Belief.” “My father won’t lie still, though his legs are buried in trousers and socks./But where does all he knew—and all he must now know—walk?”

There is no denying that Smith has an uncanny ability to choose words and pauses perfectly in her verse. Any reader of poetry should have this collection on her shelf. 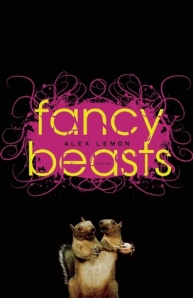 I enjoyed Alex Lemon’s poetry from the get go. His wit. His ability to amuse me with serious social issues. His flow. His beats. And imagery. None of these am I even capable of describing as anything but great. The man has the ability to draw a reader into his world, our world, and hold a mirror up (is that too cliche?). But there was one line from “Modern Life” that hit close to home. “How do they keep at it like this? All that jabbering,/When just breathing the humid air feels like drowning./There are so many good things in life I’ve overlooked.” (emphasis mine). It’s enough to send a man wallowing in self pity into a fit of tears. So much so, I opened Twitter on my Tab and sought out Alex Lemon (@AlxLemon) and told him how much it hit close to home. It went as follows:

@EnnuiPrayer super kind of you to say.

In short, if poetry is a dying art it’s only because we believe it is. Because if you just sit there, in front of the poetry shelf in a Barnes & Noble, you’d see that it’s still thriving. Just waiting for you to pick it up, again.