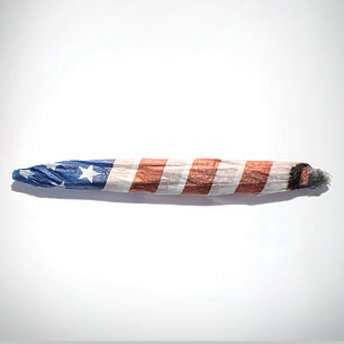 If only, am I right?

I don’t get into politics anymore. As far as it goes, I vote for the best man and wait to see what happens. In Texas, I really don’t get the choice of governor. Rick Perry‘s been the sole choice no matter the shit-state we’re currently in. Republicans are blind because they live in their naiveté. Democrats don’t get it either, because they’re only seeking office. Truth is, no one gets it except for those people whose vocal cords aren’t heard over the political dogma. Politics isn’t based on ideology anymore and I can honestly say it hasn’t been ideological based in my time. Nothing makes sense. Politicians are walking contractions. The left is right and the right is wrong. That’s the thought anyway. And while I normally vote Democrat, I have the tendency of swinging the other way if I don’t trust the Democrat ticket holder. Especially if that Republican is someone who has yet to mislead me. I’m far from being called a “swing voter.” I do have liberal and progressive ideals, while holding on to some conservative routines.

No, the state of politics these days is a religion – at least a mirror of the caricature religion has turned into. Where religion was once based on doing good and being good and molding things into goodness, it has been retarded through the centuries. It’s true what some people think. Certain things – like Christianity and Communism – sound good on paper. Hell, if I knew it worked, I’d been Communist right now, or at least – the current dirty word of the last four years – a Socialist. But when these ideas come to life, are enacted by people, they are bastardized. People blame power and I would have to agree with them. Power does corrupt. Though, it seems that I’ve been singing that tune for years now and nothing’s changed.

“If you don’t like it, then get the hell out of my country,” the ignorant conservative voter will bark. Meanwhile, the extreme leftist would say take a stand and hold a protest sign and bitch and whine until things change.

Ignorance is bliss and I hate being happy without cause; the leftists are just as bad as the extreme right-wing they’re protesting against. Everyone wants power. Power over the people rather than power to the people. And the words of a comic book slash movie echoes throughout the world as the news from Egypt fill our televisions, thoughts and prayers. People shouldn’t be afraid of their governments. Governments should be afraid of their people.

A revolution is the most outstanding thing to imagine. But who is the villain in this game? As president, Obama promised us outstanding changes in the way we did government. From health care to equality, we still haven’t seen a lick of change. We’re calling him a liar. We’re ready to sign his crucifixion. And it’s the race game. I can’t help but to believe if he weren’t the first “black” president, we’d be willing to excuse his slow moving. We excused Bill Clinton, didn’t we? It took him eight years to fix the state of the government, a wreckage left behind by both Reagan and Bush Sr. And we thought Obama would just wave a hand and erase all the Bush Jr. mistakes in his first year of presidency. Gay right activists were already on his case in 2010 – a year after Obama’s inauguration – wondering where the change, the hope, the promises were. Rome wasn’t built in a day isn’t a cliché they want to hear. They wanted fast and swift change. People have forgotten what the role of president is – not a man who passes laws, but the one who signs them into life.

He isn’t the savior that we’re looking for – he’s not the progressive version of what Reagan meant to conservatives in the 1980’s. He isn’t some mythical man who can fix eight years of mistakes and blunders. The man inherited a mess of a country, a quagmire of a war. He inherited debt and an ill economy, unemployment rates and recession. And the first thing Republicans attacked him on was his thought of spending money to make money. What about all the money Bush spent? Where were your echoes there? And then the extreme right decided to break off and complain that taxing is unconstitutional.

The Tea Partyists have to be made up of the inbred of the inbred. Not only can they not grasp the importance of the original Tea Party, but they can’t seem grasp why taxes exist. Not to mention how they can’t seem to understand when to look into a camera. Reality to them – like reality to the leftists – doesn’t seem to exist. And then their supporters at Fox News, in Sarah Palin™ and even Glenn Beck, who lines himself up with Thomas Paine, even going as far as calling his book Common Sense when it’s only obvious the man lacks any sense, or sanity for that matter. None of them do, for that matter.

A professor of mine once asked why it is no one in the Valley seems to care about politics. I angered him with my answer, “Because the representatives on the left scare them.”

Feminism once described the struggle of the women of this country. Now it seems they want to undo and redo the same mistakes. With their ideas that the world would be a better place if women were in charge, they take on the politics not to better the world, but make names for themselves. Nature and history have disproved their flailing logic and thesis. Matriarchs are just as bad as patriarchs in the long, just in different ways. Women are equal to men in every way, even to corruption.

It’s not that I’m against the feminism agenda – I’m all for women being in places of power, as long as their not ignorant to the pains of the people they supposedly care for. I just don’t care for people who play the role, say all the right things and then try and eradicate another people’s culture in order to shine some light in a bias they didn’t reality they had.

There’s something in me that believes that Barrack Obama can do the job he was assigned. He just needs more time. The time we give a present to fix a country twenty years ago. The same amount of time we gave some jack ass eleven years ago. He might not be the man we need, or the man we deserve. Fuck, he might not even be the man we want him to be – not the hope or the change this country needed, but the one we sure enough need – I might as well continue quoting superhero movies, shouldn’t I?

But I will tell you this, if we hand over the country to a Republican, things will only get worse. Especially if that Republican who suggest that loading our guns and make a change is the right way to go about it. Otherwise, we’re heading for disaster. And it’ll be our country all around the world causing people to shake their heads and wondering why the fuck we just can’t get it together. Because as long as we keep pushing the people around, as long as we’re still holding to the same “separate but equal” ideology of old, as long as we’re still keeping people from being who they are…well, it’s only a matter of time before they start pushing back. And what will you have then?