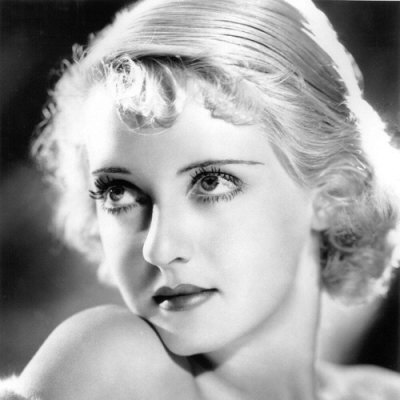 "Old age is not for sissies."

Where was I? Telling a story. Feeling odd about growing old. I’m counting the days until my 28th birthday. An even number, goody. Excuse me while I figure out what I’m supposed to have accomplished at this age.

I’m failing at life, that much is clear. Perhaps, I’m too much of a sissy. Bette Davis was right. This business of growing old isn’t for the likes of me. You need to be strong to handle this pressure. We’re in an age of sissies, though. I’m not alone in this. Why else would the business of age reduction be so popular? Why else are people “maturing” later and later? Get comfortable. We’re in for a thrill ride.

This week, a car salesman asked me what I did to get by. Knowing full well it’s not what he wanted, the first answer that came to mind was, “Not much.” But we’re talking monetary wise. Where does my money come from? Selling my brain.

“I write,” I said. “Freelance.” Which pretty much equates to unemployed to nine-to-fivers. I take odd jobs when I’m called upon to do them. It doesn’t bother me. I like it.

He asks me if I write movie scripts. No. They’re too hard. Too much work and wildly different from what I’m used to. “I have a pretty good idea,” he said. “I just don’t know how to put it down.” I mentioned ghostwriters. Ghostwriters do all the work – or some of the work – and don’t get any credit for it. It’s the joy of our phantom brethren.

I feel a little disillusioned. I’m not sure exactly what’s going on my mind, but there’s a lot that I’m not liking with the world. On Saturday, I admitted to Jyg that the world could vanish and I’d be happy if it were just the two of us. I do feel like that. I hate everything and everyone. And sure, I’ll miss my friends, but I feel so detached from them lately. They’re feeling more and more like digital images on the screens. Short sentences and vanishing words. I wouldn’t have much to say to them if they came to me in person. I feel so isolated. And I know it’s my fault for being so damn distant all the time. I don’t share my feelings with them, or with Jyg for that matter; not until I feel that they’re so overwhelming and crushing.

I feel. I don’t know. Still. Immobile. It’s like seeing the world around you and knowing you should head outside and just let the waves of people pushing you through the world. Stay on the current. Vanishing into the crowds of all the people. But how can they function at all? When does the banality of living catch up to them? Or is it normal, human, just to not pay any mind to that? How can you possibly call that happiness?

Note: The title of this post is a quote from Chili Davis.