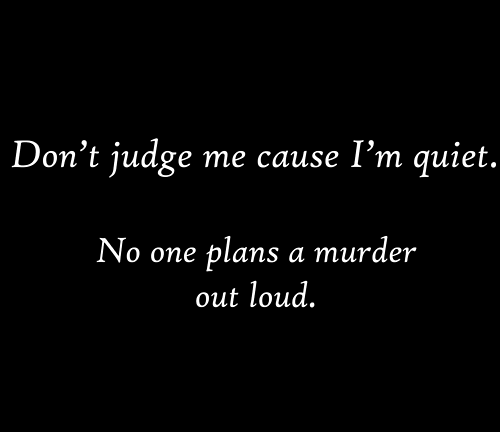 I have a way with words, but I only speak when it’s necessary. It keeps me from getting boring, I suppose. Or maybe it’s a fail-safe in order to keep people from hating me. Because, even though I like to pretend that the world doesn’t matter to me, I do want people to accept me.

My Autobiography as Jesus H. Christ

Blasphemers aren’t born; they’re made by a strict Catholic upbringing. Early on, I thought I was Jesus reincarnated that caused me to do several embarrassing things like walk on water – I tested this out on puddles of water. When it didn’t work, I figured that the gift will come when the time was right. I pondered what holes in my hands would look like. Wondered if I would keep from crying out like Christ – that was the rumor, anyway.

I considered myself a good Catholic, even then. You might see it as deviant and insulting to your savior and messiah, but I see it as a child aspiring to be something better.

There was one thing I didn’t agree with the dogma. I didn’t like the idea of feeling guilty for every little thing we did. When I was told that I’d be going to hell for killing a mosquito by a CCD teacher, I decided it was going to be on my own terms.

Hey, hey, HEY…This is What Rock ‘n’ Roll Looks Like

I left the Catholic brainwashing machine – formerly known as CCD aka Bible Class – by junior high. I fell in the gutter with the devil’s music and living life in sin. And I gotta tell you – life was sweeter on the dark side. My faith in a higher power waned by mid high school and I profess Atheism before graduation.

Not all things are so black and white, though. As I studied philosophy, I came to terms that, while I don’t believe in god, I am not an atheist to the core. Atheist lite. Agnostic. Where I live, however, they’re pretty much the same.

Despite all the confidence I transpire on the interwebz, I am somewhat of a social outcast – go figure! Even into my ripe old age, I’m still socially inept which makes me feel awkward when people talk to me. I never know how to stand, how long to make eye contact, how to behave, what’s the proper thing to respond, what they expect from me, etc. This, in turn, makes me quite the quiet person. If I’m to learn anything from history, it’s that no good comes from me saying anything. One time I pissed off a lesbian mother because – even though I’m pro-gay – I felt that we wouldn’t see homo-acceptance in this country in our lifetime. It looks like I may be wrong on that, by the way. Hopefully.

But my inability to communicate with others that keeps me from partaking in  social situations. There’s an underlining layer of paranoia. Namely, people taking credit for things I said. For example, in high school, there was this girl that sat in front of me – let’s call her Bitch Who Sat in Front of Me. In class, Mrs. Obvious Man Hater, made us pair up. Bitch Who Sat in Front of Me and I were the only ones without partners so we were paired with each other. The class assignment was to write a poem about something or other. Bitch Who Sat in Front of Me wasn’t the brightest person in the world, so I wound up writing the entire poem. She wrote ONE line. ONE. Single. Line. And she had the nerve to call it our poem. OUR poem. As in a team effort.

Now most people thing high school ends when they graduate, but it doesn’t. Not really, anyway. The rules still apply because high school – not college – creates the habits we have. So when I heard a higher-upper repeat my ideas and words verbatim, I was angered. There wasn’t a single nod in my direction.

Let’s not forget being picked last – or in my case, being looked over completely. In sports, I don’t blame people. I wouldn’t even want to pick myself. But it hurts when people don’t even offer or approach me for something I can do.

A word or two (perhaps more) on college

I hated my first two years. I didn’t make many friends, nothing lasting. When I returned to Sigma Tau Delta after a year of ditching meetings, I found a group of people I still consider friends.

NOT SO Related articles