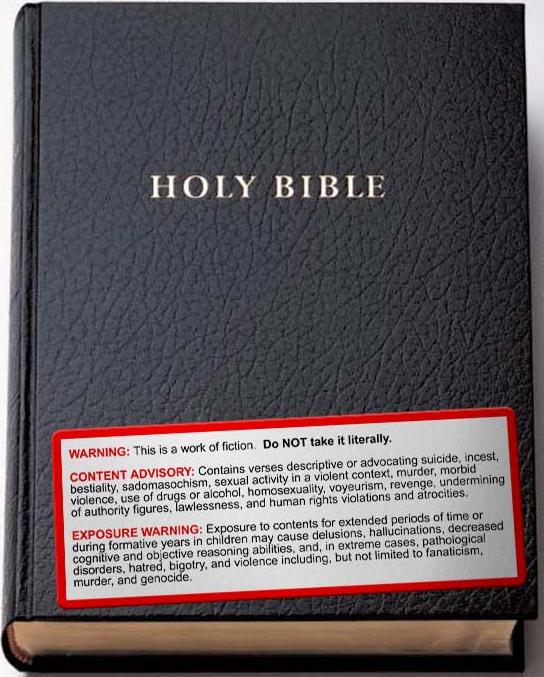 A brief note on the title and photo caption: Usually, I borrow a lyric or two from different songs for both. In this post, I decided to try a little bibliomancy. So I picked up my copy of Brad Gooch‘s Scary Kisses and opened the book to a random page and the first thing that popped out was my title. I repeated the process and found the caption. There was no foul play on my part. It just worked so well.

I’m a firm believer in anti-censorship. So I get a little peeved when I hear parents limiting what their children read. Don’t get me wrong, I’m all for age-appropriate material – I’m not about to pass a copy of the Kama Sutra to anyone under eighteen, but I’m also not going to force my beliefs on to them.

Every parent will state that it’s their moral duty to guide their children into becoming standard, grade-A, law-abiding, Christian folk, but I think our moral duty to educate our children above all else.

Faith doesn’t work for me because I need empirical data. Shaun might not have the same mindset as I do, and that’s awesome for him. But rather than just limiting him to my agnostic/atheistic dogma, I do plan to educate him on as many religions and philosophies as possible. Not to mention, helping him have an open mind.

“Mom, is this book about god?”

A crestfallen boy puts the book back on the shelf.

“He loves reading books. I wish he would read the bible that way.”

Family A holds back material, while Family B – while still religious – doesn’t.