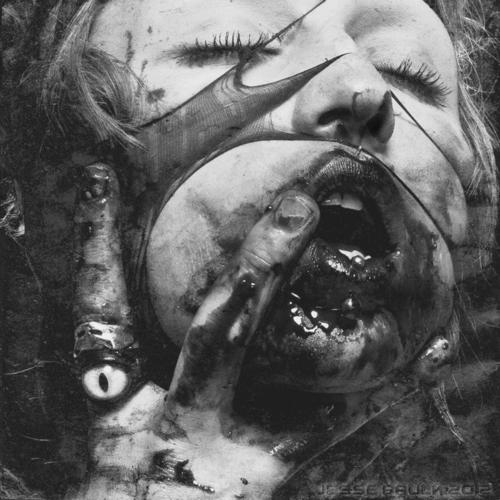 “Don’t fret precious I’m here, step away from the window…go back to sleep…”

Some types of anglerfish can’t live on their own. The male attaches himself to a female by biting her. In time, his body becomes part of hers. His eyes, teeth , and organs disappear!

Are we any different?

The pills on the counter were placebos. Another Hermanos Brusco rip-off special. Never deal with a family who’d kill their own in order to take control, right? Then again, his parasitic behavior had caused him to leech on another unsuspecting victim. Her money, her food, her life. They were his now. He would be apart of her and she would never be the wiser. Because that’s what love does to you. Blinds you from all else.

Sonny Diego, they called him. SD, he called himself. “What is that like some sort of memory chip?” his friend asked him. “Dude, you’re memory’s shot to to hell. Just like me.”

Don’t skimp on the goddamn E, Sonny. The world isn’t happy enough. But when you’re getting on your own product, it’s only a matter of time before you’re in deep. Ain’t that right, Sonny?

Sexual dimorphism, really. It makes it easy for the little suckers to attach themselves onto a the female. Their sole purpose in life is to find a mate. The triplewart seadevil male latches onto the female by biting her. Once doing so, it releases an enzyme that fuses his blood vessels to hers by dissolving parts of both parties. In the end, the only thing that survives from the male anglerfish are his reproductive organs – in short, she literally keeps his “balls.” When the female spills out her eggs, the gonads are triggered and release the spermatozoa.

It is not uncommon for several male triplewart seadevils to attach themselves to a single female.

quote from Underwater (That’s Gross!: A Look at Science), a children’s book.