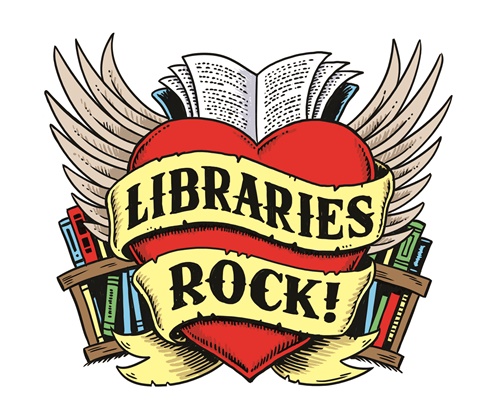 Not a believer of luck, good or bad. Not the superstitious type. Sure, I might joke about the terrible things that happen on Friday the 13th, but I don’t actually think the date is the reason behind them. Bad things happen no matter the day. Apparently, we just focus on the bad things when the day is designated for them.

Friday morning, the first thought I had waking up was—”Why do we have to open the building open Saturday morning so maintenance can leave the moon jumps there when we can just move them ourselves?” When you’re this dedicated on pulling off a great event, I suppose you eat, sleep, and shit such things.

And when I arrived at work, my supervisor greeted me with a question, “Are you ready for today?”

“Heh, no. But that’s my secret,” I said, trying to pull off my best Bruce Banner impersonation. “I’m never ready.”

If I anticipate something too much, that anticipation becomes anxiety. And anxiety causes mistakes. So after I ate breakfast (egg, hash brown, and sausage tacos), I gathered my troops (minus one) and started the day. We filled two vans and the bed of a truck and headed off the arduous journey the faraway land of the activity center, just down the road from our humble workplace. As we were packing the last of our things, we noticed one member of our party missing. Because I walked to the activity center, I figured our paths would eventually cross. They didn’t.

“I saw him coming this way,” one said. “He said he wasn’t feeling well this morning,” another remarked. “I don’t know,” the last said.

Because we were missing things, the four of them returned to work to gather the rest of the things and to find Bartleby. But, surprise surprise, Bartleby was nowhere to be found. They asked his department coworkers about his whereabouts and they thought he was with us. They searched the building and turned up nothing. When they returned to the activity center, they told me there was no sign of him. No one knew where he’d gone.

It didn’t surprise me that Bartleby weaseled out of work. He didn’t earn this moniker because he’s the model employee (though, I’m sure he’ll earn Employee of the Month before I do). Frustrated that he’ll somehow get me into trouble, I called my supervisor. “We lost Bartleby,” I said. “They asked the people and they couldn’t find him. He said he wasn’t feeling well this morning, and I’m a little worried that maybe he’s sick somewhere and no one knows.”

We started without him. Though, when did arrive, his only offering of help was an onslaught of heavy sighs, complaints about not feeling well, and, of course, whining. We were better off without him.

Once more, we’re faced to go back to the office to pick up some more materials. Before we go back though, Bartleby spoke up, “Which one of you called work looking for me?”

“Me,” I said. “When you didn’t show up and no one could find you at work, I got worried. I heard you weren’t feeling well, so I called to see if you were ok.”

“Yeah, well now I have George running up my ass accusing me of wasting time.” Then switching to the most menacing tone I’ve ever experienced  in the work place, he added, “Next time you’re looking for me, come look for me. Don’t call my supervisor.”

This veiled threat from a subordinate might have fallen on deaf ears had Bartleby not been foolish enough to say this in front of witnesses. On the way back, I’m asked, “Was he threatening you?”

Word must have gotten back about this gaffe. And because of his mess up, George was now up his and his coworker’s ass. This caused more stress on my understaffed department. My temper at work is calm and cool. You have to be when your work involves children. Number of times I’ve lost my cool with a patron? Once in seven years. And I was off that day.

I gave up on their help. Just go back to work. We’re done with you here. Of course, this didn’t make George any the happier because now he had two extra employees who shouldn’t have been scheduled that morning. Not my problem. Not anymore.

Chaos ensued back at the office. It was our graphic designer’s last day and I bombarded her with last-minute requests made by both George and my ultra anxious supervisor. Nothing good from anxiety, so I did my best to keep him calm.”We have it covered,” I said. “Do you need help?” he asked. “We have the morning covered. We might need more help come the afternoon when we decorate. Maybe some of the girls can come over?” Sexist, I know. But I’d rather have a couple of hardworking ladies than a man-child who’s had everything offered to him and takes no responsibility for his actions.

A few more things happened. George berating us for not having done simple tasks earlier but not actually offering any real help. My supervisor’s panic led to a last-minute shopping spree placed in the hands of someone else. We still managed to build an event that the kids loved and kept the parents happy. Some things fell through, but we survived.

At the end of the night, Bartleby tried to make nice again. I’m a forgiving person. Even people I don’t get along with I treat with the same respect of someone whom I call a friend. But Bartleby? After that threat? I’m done with Bartleby.

Afterwards, I hung out with the coworkers I couldn’t imagine losing but know that the inevitable is on the horizon. We enjoyed wings and laughs. And my thoughts slipped into dangerous territory.

As much as I say I don’t want to be in a relationship. As much as I tell myself that it’s not the right time, and that maybe I should wait it out until I’m at my most content. Even though I know that things might end up a disaster in the future. There’s this woman I like. And it scares me how much I like her. And I’m not sure if I mean the aforementioned things, or I’m just trying to convince myself those things are true. And I just might want to bring it up the conversation about my feelings again.

In the words of Hank Moody:

*I don’t understand why this never crossed my mind until now. I wrote a paper on Bartleby, the Scrivener in college because I was fascinated with the amount of laziness that character possessed.

**Yup, another literary reference, but I won’t mention to what book.